Red Bull, the first energy drink, was virtually unknown in the United States at the time. Functional beverages weren’t yet “a thing.” Averaging $2 at retail, Red Bull had a retail price point much higher than consumers in the U.S. were accustomed to paying, especially for a beverage that, at first glance, seemed like just another soft drink.

As Director of Consumer Development for Red Bull North America, Linda led consumer marketing staff in developing strategies and high impact programs to build awareness, demand, and a sizeable loyal user base. Key to this was educating consumers about product benefits in a highly credible way, and building an emotional connection with consumers. Doing this well would foster loyalty, legitimize the price point, and build significant buzz.

Linda managed the development of a powerful sampling and consumer education program now known as the “Wings Team,” growing it to over 100 teams and 1000 employees throughout the country.  One of the key tools of this program was the Red Bull car with the giant Red Bull can on top. Sampling teams drove it to targeted locations where people were likely to have an immediate need for energy, endurance or mental focus, educate them about the product in a highly engaging way, and give them a full, cold can to try to experience the benefits for themselves.

Linda developed and implemented a general market and Hispanic media plan, and, as part of this, guided creative development for several Red Bull ads.  She also guided the growth of the collegiate marketing program with ultimately over 250 student brand managers who spread their passion for the brand and created substantial product usage at their campuses.

As one of the key leaders in developing Red Bull into a successful brand in the U.S., Linda also played an instrumental role in company-wide recruiting and training efforts. 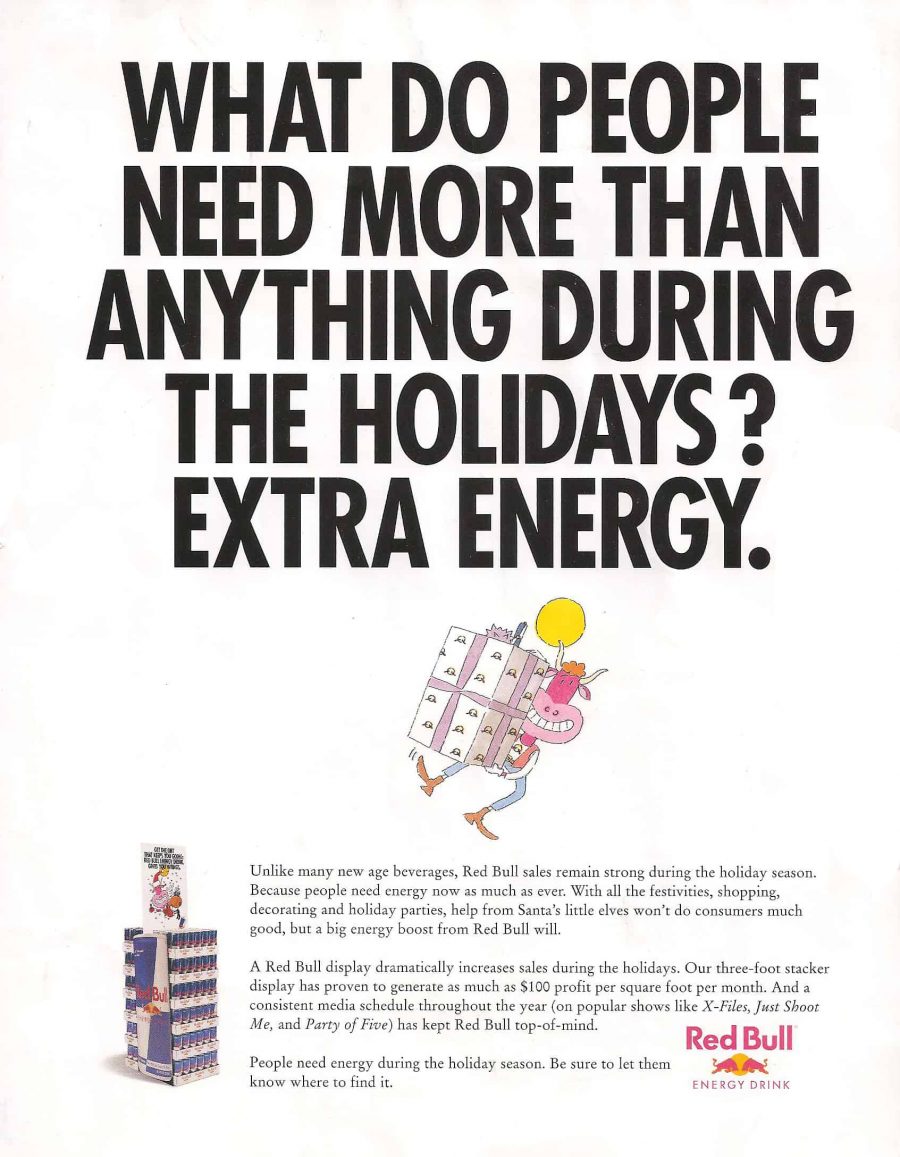 Linda Rosenberg Marketing Consulting
7203 Hannum Ave
Culver City, CA 90230
310.871.9537
We take privacy very seriously. Your information is always safe with us and will never be shared with anyone else. See our Privacy Policy.
We use cookies on our website to give you the most relevant experience by remembering your preferences and repeat visits. By clicking “Accept All”, you consent to the use of ALL the cookies. However, you may visit "Cookie Settings" to provide a controlled consent.
Cookie SettingsAccept All
Manage consent

This website uses cookies to improve your experience while you navigate through the website. Out of these, the cookies that are categorized as necessary are stored on your browser as they are essential for the working of basic functionalities of the website. We also use third-party cookies that help us analyze and understand how you use this website. These cookies will be stored in your browser only with your consent. You also have the option to opt-out of these cookies. But opting out of some of these cookies may affect your browsing experience.
Necessary Always Enabled
Necessary cookies are absolutely essential for the website to function properly. These cookies ensure basic functionalities and security features of the website, anonymously.
Functional
Functional cookies help to perform certain functionalities like sharing the content of the website on social media platforms, collect feedbacks, and other third-party features.
Performance
Performance cookies are used to understand and analyze the key performance indexes of the website which helps in delivering a better user experience for the visitors.
Analytics
Analytical cookies are used to understand how visitors interact with the website. These cookies help provide information on metrics the number of visitors, bounce rate, traffic source, etc.
Advertisement
Advertisement cookies are used to provide visitors with relevant ads and marketing campaigns. These cookies track visitors across websites and collect information to provide customized ads.
Others
Other uncategorized cookies are those that are being analyzed and have not been classified into a category as yet.
SAVE & ACCEPT
Scroll Up Skip to content